I have edits to take in on Blonde on a Stick, so I won’t be working on Loss for the next couple of days. Normal service will be resumed as soon as possible. Thanks for dropping by.

One of the problems of writing a first-person narrative is knowing when to leave your character to his or her own devices. For example, the main character in Loss, Paul Roan, is currently travelling by train and ferry to Amsterdam, a logistic nightmare of a trip (have any of you ever tried getting away from the Suffolk coast without the aid of a car?) involving a bus ride, three train changes, an overnight ferry, another train and a tram. It’s quite tempting (especially from a word count perspective) to sit next to your hero every step of the way and describe, in excruciating detail, the minute-by-minute travails of such a jaunt. The ticket colours, the quality of the stock they’re printed on, the view from the window at any given moment…

You can’t do that. Well, you can, but don’t expect that sequence of your book not to be skim-read. It’s important to truncate in some situations. I’ve actually written more than I might in this sequence, simply because his epic journey is hampered by his serious injuries; I find it interesting to see how he copes with the strain. Also, a key element of the plot is highlighted by what he witnesses during his trip. So I’ve managed to get away with a bit more scenery than I would under normal circumstances.

So I missed out on thousands and thousands of extra words because of the necessary lacunae of long-haul travel. The change of scene, however, provides a fresh impetus that’s allowed me to open up the throttles a bit. But I can’t help but gaze wistfully at my notes. How much more might I have written if Paul was to have travelled to Odessa, as I’d originally intended?

Listened to: The Didsbury avian choir.

I’d just got started when I saw a tweet from Tom Fletcher (the writer, not the McFly guy) about Hulme, Manchester and remembered I had to be in Hulme too, later in the day, to have my photograph taken and to read a bit from my novel at an event organised by the excellent (and excellently named) Ra Page from Comma Press. But first I had to rehearse the extract and have a shave and find something half-decent to wear that didn’t look as though it had spent the winter in Creaseville before travelling to Deansgate to get a mock-up of the cover done, which took for ever to sort out.

Hulme. So named because it’s surrounded on three sides by water (the rivers Irwell, Medlock and Corn Brook). The Old Norse word for island is hólmi. Morrissey came from Hulme (he produced a VHS/DVD of promotional films called Hulmerist… see what he did there?). He also, apparently (and this is pre-The Smiths), wrote a play called Eating Toast in Hulme. He gave the only copy he owned to Tony Wilson and asked for his opinion. Wilson lost the manuscript and they fell out over it. Didn’t Tony Wilson fall out with everyone? I didn’t like him because when Bill Shankly resigned as manager of Liverpool Football Club, Granada TV sent a reporter to the city centre to conduct vox pop interviews with some of the fans. The reporter was Tony Wilson, and I remember he gleefully upset a lot of young LFC supporters who weren’t aware of the news.

Anyway, I decided to walk from Deansgate to Hulme for this appointment at Kim by the Sea. I’d navigated the traffic island beneath the Mancunian Way and, noticing that I couldn’t proceed down Princess Road without descending into the subway (don’t like subways), I decided to cut through the housing estate. I emerged opposite a little park just by the eye-catching Hulme Arch Bridge. There were about a dozen guys sitting at the edge of it, shirts off, whip-thin, with the kind of scary-looking dogs that look as though they’d be much happier spending the day rootling around inside your body cavities than chasing balls or sniffing other dogs’ backsides. They all, men and beasts, turned to watch me walk by.

Sometimes it means nothing. Sometimes it’s just a bunch of guys people-watching while they bitch about work. But sometimes it could be that you made the wrong choice and you’ve wandered into a place you don’t know at a time you shouldn’t have. The only thing you can do is make sure the A-Z is rolled up and hidden in your pocket, open your body up and look as though you know where you’re going. While getting ready to motor if someone shouts out: ‘Hey, you! Knobhead in the creased clothes!’

Note to self: when talking to a printer, don’t expect him to understand what a ‘B’ format paperback looks like.

Listened to: Our Love to Admire, by Interpol

In my first novel, Head Injuries, a character’s eyes change colour. People who start a scene drinking from a bottle of cider end it by necking beer from a can. A car taken from an alleyway becomes a different make and model by the time it reaches its destination. It was a supernatural novel, so I can kind of get away with some of that. Eye colour change… woooh, spooky. But I obviously hadn’t been paying attention to the details. I was young and excited by the fact I was writing a novel; I was into the story, to the detriment of the little bits of decoration I was hanging from it (but what’s my proofreader’s excuse?). I’m sure I’m not the first, nor will I be the last, writer to suffer from this sort of… oh no, I did it again!

The main character in Loss of Separation can only wear jogging bottoms because of his injuries… so why has he just turned up wearing a pair of jeans? Oh well, at least these days I’m noticing continuity errors like this.

I’m not sure how many people are out there reading this blog (not many, I reckon), but a couple of writers have been in touch to tell me they’re finding it helpful and/or inspiring. Which makes it all worth while. Thank you.

The cover of Conrad’s new novel, to be published by Max Crime, in July 2010.

Another sleepless Zac day. Another workless Conrad day. Had to deal with unexpected admin. Normal service shall be resumed tomorrow, hopefully.

Listened to: Granules of sand slipping through the hourglass of my life.

Zac has suddenly decided that he no longer requires a two- to three-hour nap. He was asleep for thirty minutes today. I missed the morning slot, and was co-ordinating a Fiction Factory session in the evening, so that half an hour was the sum total of my output. 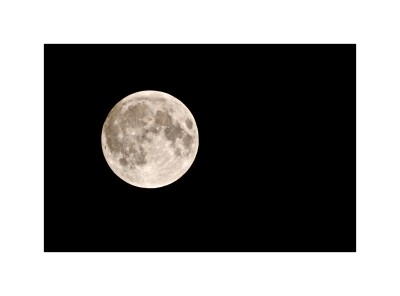 It was Opposition Friday too… but I couldn’t squeeze Mars into the shot. My lens was too long.

Zac (2) opened the curtains at 6 a.m. and looked at me, crumpled into my bed like something that had fallen from the sky, before declaring, eyes wide, hand outstretched, trying to convince me: ‘Lovey day!’

He was right, though. It was, and is, a lovely day. A friend tweeted that he had witnessed two woodpeckers mating in nearby Didsbury Park. So it must be Spring. The first really consistently bright day of the year. And I spent it in my room, writing about a child’s skeleton being discovered in a dilapidated hotel room. Cheery. I decided I would work until three on Loss, then spend the final two hours of the afternoon either fleshing out notes for Project X, or getting on with one of the short stories that are sighing in the corner of my Mac, tapping their watch faces.

But there’s also been the promise (or threat) of wine on the patio with friends this afternoon. When they arrive, will I remain disciplined or will I cave in and absorb some sunshine and Chardonnay? I don’t fancy my chances much…

Listened to: New Maps of Hell (I and II) by Paul Schütze.

Sometimes I like to get away from the chair and the desk and the screen and go for a wander. I like to find a good place to have coffee and sit and write in my notebook. This is a good place for coffee. This is not. If I have to drink chainstore coffee, I go here.

Today I caught a train into the centre of Manchester and had a mooch around. I looked at insanely expensive things I would like but cannot afford and wouldn’t buy even if I could. Fountain pens. Watches. Then I found coffee and wrote words and made some notes on a new project and listened to Spinnerette.